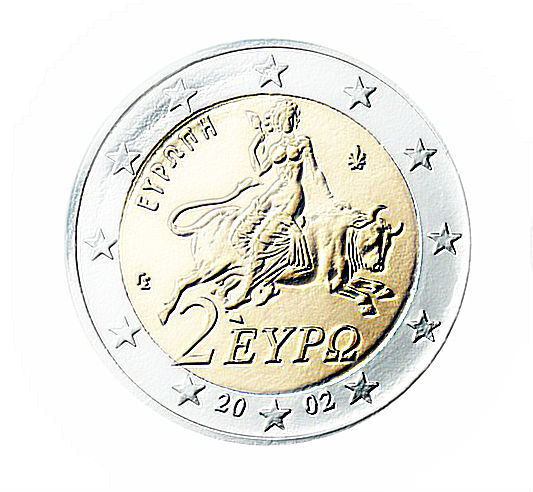 The seat of the beast or Antichrist. This European Union is a complicated entity. In case you are thinking we just went looking for a possible description of NATO, remember that Bible prophecy shows that at the time of the end there would be a strong Papacy, a strong United States, and European powers that would be willing to give power over to the Papacy. Doesn’t that sound familiar? This third and final conflict during the time of the end could happen anytime. Scripture offers no time prophecy about when it will happen. But if we have our eyes open, we can sense what’s approaching.

Many popular prophecy writers argue that the ten-horned beast prophecy will be fulfilled by the present-day European Union. They have assumed (1) that the beast refers to a revived Roman Empire, (2) that Europe is the new embodiment of that empire, (3) that the ten horns refer to nations, and (4) that these must be European nations.

They are also seven kings (kingdoms in this context because as the next verse states they no longer exist). Five have fallen, one is, the other has not yet come; but when he does come, he must remain for only a little while (the British Empire, so this new vision is showing John the future of man, in the last vision the British were portrayed as a Beast of their own here they are apart of another beast because they joined the European Union).

The beast who once was, and now is not, is an eighth king (the European Union). He belongs to the seven and is going to his destruction (Hence the verse is talking about the old kingdoms of Europe, the Eighth King the EU in contrast is called a beast, and not another king, be-cause it will rule the lands were these old kingdoms used to be, the verse is saying the kingdoms come from the same geographic set of lands, these are kingdoms that rose and fell are from the same group of people but at different points in his-tory).

“The ten horns you saw are ten kings (future rulers of the new countries :hat will form in Europe) who have not yet received a kingdom, but who for one -lour will receive authority as kings along with the beast (the individual countries A Europe will receive authority like an Empire when the European Union con-:rols world affairs). 13 They have one purpose and will give their power and authority to the beast (the countries will give authority to the Union they are a 3art of). 14 They will wage war against the Lamb but the Lamb will triumph over :hem because he is Lord of lords (ruler of rulers) and King of kings—and with lim will be his called, chosen and faithful followers.”

The beast and the ten horns you saw will hate the prostitute (Here is affirma-tion that America and the nations of the beast are seperate from each other. The European Union and it’s leaders although are America partners don’t like them because it was from Europe that the colonial empires sprang from and America was a colony at one point, now they rule over them telling them what to do). They will bring her to ruin and leave her naked (They will take over from America as the worlds super power, and strip her of everything); they will eat her flesh and burn her with fire (other translations have consume, or throw what is left of her into a fire, they will strip America bare and cut her of from trade, burn with fire can have more than one meaning and may not mean war they may isolate her eco-nomically burning her society that way).

Revelation 17 also mentions that “those seven heads were seven hills,” on which the woman sits with her throne. The city widely known as the “city of seven hills” is Rome. The passage also said that 10 kings would give their power and author-ity over to the beast for a short time at the end. Which part of the world had 10 horns that were 10 kingdoms?

Divided Europe. At the end of time, although Europe is never truly united under one ruler, a period comes when the 10 powers are working together in such a way that they can give their power and authority to the beast.

Those 10 kings of Europe from the past will have power again. What do we have if we put the kings of Christian Europe (the 10 horns of Revelation 17) together with the United States (Revelation 13’s beast with lamblike horns)? It is plain and simple.

You have a prophetic description of NATO—the U.S. and Western Christian Europe—that will hand its power and its military might over to the Papacy.

In case you are thinking we just went looking for a possible description of NATO, remember that Bible prophecy shows that at the time of the end there would be a strong Papacy, a strong United States, and European powers that would be willing to give power over to the Papacy. Doesn’t that sound familiar? This third and final conflict during the time of the end could happen anytime. Scripture offers no time prophecy about when it will happen. But if we have our eyes open, we can sense what’s approaching.

There is a great false church that has dominated Europe for centuries. She is the mother of many other whores, which have separated from her in protest. It may be no coincidence that this imagery is now being utilised by the great European Union — a revival of and the continuum of the Roman Empire’s successor power — the Holy Roman Empire. The Roman beast system was ridden by an ancient church with roots that are clearly Babylonian/Canaanite.

On the cover of Europe magazine (May, 1984) a stamp to celebrate a European Community landmark, portrays the beautiful Europa riding the bull, over the sea, assisted by a cherub. Seven years later, in the 9 December 1991 Time magazine (page 13) a woman riding the bull while she is holding aloft the European flag is used to picture the European movement.

The Australian 16 September 1996, published an article on the approaching European currency (“Europe’s Currency of Hope”). The currency unit symbol of the Bank of Europe is portrayed as a winged bull surrounded by the European stars from the European flag. Winged bull? This was an Assyrian symbol and for those who understand history and prophecy, it may be no coincidence that the European Central Bank is based in Frankfurt, German.

Finally, the new European Currency Unit (ECU) prototype coin, forerunner to the Euro currency, shows a woman riding a bull beast. It may also be more than passing interest to observe that the goddess Inane, more ancient than Europa, was often portrayed as riding on the back of a lion, signifying her cooperation with this terrible beast. This is an indication of how far back the legend may originate.

Numerous premillennialists assert that the control of individuals through computer technology will be an inescapable part of the Antichrist’s one-world order and that such technologies are already being implemented.

THE ABOMINATION OF DESOLATION

DANIEL 11:31 (NKIV): And forces shall be mustered by him, and they shall defile the sanctuary fortress; then they shall take away the daily sacrifices, and place there the ABOMINATION OF DESOLATION.

DANIEL 12:11 (NKJV): And from the time that the daily sacrifice is taken away, and the ABOMINATION OF DESOLATION is set up, there shall be one thousand two hundred and ninety days.

MATTHEW 24:15-16 (NICJVI: “Therefore when you see the ‘ABOMINATION OF DESOLATION,’ spoken of by Daniel the prophet, standing in the holy place” (whoever reads, let him understand), “then let those who are in Judea flee to the mountains…”

MARK 13:14 (NKEV): “So when you see the ‘ABOMINATION OF DESOLATION,’ spoken of by Daniel the prophet, standing where it ought not” (let the reader understand), “then let those who are in Judea flee to the mountains…”

The Antimessiah (Antichrist) and his forces will invade Israel, will cause the Jews to flee Israel and Judea, and will make their Jewish homeland desolate (Matthew 23:38; Luke 13:35).

The Antimessiah (Antichrist) will enter the rebuilt Temple in Jerusalem, where he will declare himself to be God and will set up his clone there to be worshiped as God.

The Antimessiah (Antichrist) will be a world political leader and he will have the world worship his image (clone) in the rebuilt Temple in Jerusalem, after he invades Israel and the Israeli Jews are either captured or forced to flee their homeland (Matthew 24:15-20; Mark 13:14-19; Luke 21:20-24).

DANIEL 12:11-12 (NKJV) (WITH INTERPRETATION’: And from the time that the daily sacrifice is taken away (JEWISH ANIMAL SACRIFICES TO ATONE FOR SIN IN THE REBUILT TEMPLE IN JERUSALEM), and the abomination of desolation [ANTIMESSIAH (ANTICHRIST) CLONE) is set up, there shall be one thousand two hundred and ninety days. Blessed is he who waits, and comes to the one thousand three hundred and thirty-five days.

REVELATION 14:11 (NKJV) (WITH INTERPRETATION!: And the smoke of their torment ascends forever and ever; and they have no rest day or night, who worship the beast (ANTIMESSIAH (ANTICHRIST)) and his (CLONED) image, and whoever receives the mark of his name.

When Israel is initially invaded by the Antimessiah (Antichrist) and his forces (Daniel 11:31), after 45-days (1,335-days minus 1,290-days) the Antimessiah (Antichrist) will place, set up, and have stand the cloned image of himself in the rebuilt Temple in Jerusalem. Blessed are the righteous Jews and others who do not worship the abomination of desolation (clone of Antimessiah/Antichrist) and wait upon the return of Yeshua (Jesus) for their redemption (Luke 21:28).