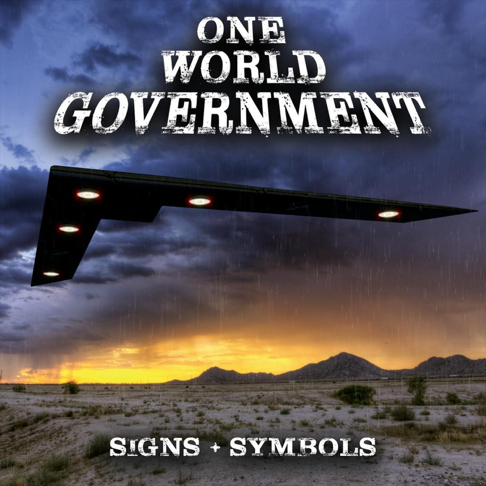 Facing Goliath: How a Man Overcomes His Giants to Follow Christ. Goliath is the symbol of the superego and represents the barrier between us and freedom. THE GOLIATH OF THE UNCONSCIOUS. David vs. Goliath is about capitalism

THE GOLIATH OF THE UNCONSCIOUS

Goliath is the symbol of the superego and represents the barrier between us and freedom.

Psychologically we can understand Goliath to represent a sizable (giantsize) complex which is tyrannizing the personality.

The name Goliath means “to expose or reveal. For he is revealed by the Gospel to be the prince of darkness , who , protected formerly by falsehood , was worshiped as God in temples and venerated in images.

“Goliath means transmuting , and Gethite means fearing.” This signifies the devil transmuting himself into an angel of light ( 2 Co 11:14 ), because he fears to be detected in his proper form.

That clue is suggestive: the point of contact was Goliath’s forehead, meaning his sixth chakra, meaning his cyclopean consciousness, his single round-eye unified awareness in which all the chakras were reassembled as one cognitive eye in the giant’s head.

Behind every Goliath we face, doubt, fear, pride, lust or anger—our real enemy is the devil. Peter tells us we must “be self-controlled and alert. Your enemy the devil prowls around like a roaring lion looking for someone to devour” (1 Pet. 5:8). The devil is our real enemy; he is the archetype Goliath that the human Goliath and every spiritual Goliath represent.

When a power dominates the physical world, it is in looking beyond the physical world that we find our victory. Just as David took on the giant Goliath, there is an emerging gestalt of spiritually based activism around the world, ready and willing to form a wave of resistance to multinational corporate dominance of the planet and its peoples.

Make his conscience your bull’s-eye, and he cannot help but transform. The evil, as well as the ultimate vulnerability of the giant, is that it is not human. Its life force is not the spirit at the center of the universe, but merely corporate papers filed away somewhere.

A corporate mentality whose bottom line is money, not love, is a thing—it is not a human. Of itself it has no heart or soul, or conscience. It cannot cry, or fall in love, or conceive a child, or feel pain. That is what makes it a dangerous guide to human affairs, and also what makes its days so numbered.

A force that is not alive is now ruling the world, and nature will not endure that forever.

The game isn’t over. It has only just begun.

Many people in the Western-world  for example as England and America have the unfortunate habit of waking up every morning and surrendering their lives to fear. Newspapers, TV, or Internet assault our nervous systems and hook us into the anxiety-ridden miasma of contemporary culture before we’re even out the door. And that will need to change, if we are to rise to the occasion. The only way we can create a more peaceful world is if we are able to become more peaceful people.

POWER DOESN’T FLOW from the top down, but from the bottom up. Wisdom doesn’t flow from the outside in, but from the inside out. Both of those spiritual tenets are at the core of a highly functioning democratic process. Where a top-down, authoritarian power holds sway, democracy is diminished. Where people get their guidance only from external sources, as opposed to the goodness of our own hearts, democracy is diminished as well.

Disconnection from our internal selves produces a decrease in personal energy, and where personal energy diminishes, the last thing we feel we have time for is participation in the democratic process. Tired people don’t do democracy, and that is why a distracted, burdened, overstressed population is literally a threat to our liberty.

President Eisenhower said, “Politics should be the part-time profession of every American.” But tell that to someone who already has two or three part-time jobs!

David´s powerful slingshot can be symbolize as; The greatest power is neither money nor technological device; the greatest power is the power of consciousness. So it is that a new politics centers around the arousal of that power, using prayer and meditation to create a force field of transformation.

SOCIAL CHANGE EMERGES more from a vertical than from a horizontal axis. A consensus of people joined passionately in an internal shift will do more to affect the conditions of the world than millions of people joined in superficial external changes.

The morphic resonance of loving thought is a literal force field, not just a metaphorical concept. It is the sacred of which Gandhi spoke, carrying more potential power than a nuclear bomb or military force.

Martin Luther King, Jr., said “We have within us a power more powerful than bullets.” The question is not whether this power exists, or even whether enough people believe that it exists; the question for our time is whether enough of us are prepared to harness that power for the purpose of national and planetary healing. To speak of love is one thing; to sit in silence with others, to

David´s slingshot represents the Power of Christ. Its not a physical power, but a spiritual power that hits Goliath in his 6th chakra center.

David’s spiritual forces were already manifested at a young age. This was also the reason why only David could overcome the Goliath giant, from whom Saul recoiled, who could not withstand the primeval forces of the past which created such havoc in his soul forces.

These ‘giant’ forces, represented by Agag the King of Amalek and Goliath the Philistine, are primeval, atavistic and decadent forces not imbued and transformed with the new forces of the mind soul and consciousness soul of the new self.

David could aim the stone of precise, refined thinking, guided by a self-conscious self, right at the centre of Goliath’s brow, where the ‘third eye’ is situated in the centre between the physical eyes, thus symbolizing that the time had come to change the primeval spiritual vision, which had atrophied, into a new power of refined individual thinking.

The refined thinking, operated by the self-conscious self, with its centre as the developing conscious activity between the eyes, is grounded in the individualized forces of heart and feeling, which nourish it with true love for humanity and the world. It is the spiritual-conscious activity gradually replacing the primeval spiritual forces of the ‘third eye’ of the ancient Cyclops and Goliaths.

Most of the wars over there is due to conflict of interest based on taking myths literal in their holy books. This absolute thinking feeds negative prophecy when a delusion is declared as truth when it is actually false—may sufficiently influence people so that their reactions ultimately fulfill the once-false prophecy. To change this, one must get rid of the prejudices one has toward life. This beast must be slain.

In the story about David and Goliath where David uses five smooth stones is an allegory of overcoming the enslavement of the 5 senses due to the clinging to the ego. The story is about slaying the beast within you. David symbolizes the small child within us. It’s the little child that comes to life when we meditate with the third eye.

Goliath the Philistine is the beast that is responsible for all the mess we have ever made in our life. Philistine means stranger and the stranger is the automatic thoughts due to our ego.

The automatic thoughts are fueled by our prejudices based on what we experienced with the five senses. David is the child that is going to destroy the beast (Goliath) that is within us.

This slaying is symbolic of letting go of ego grasping.

When we let go of ego grasping then we are no longer slaves to the five senses. We can release the child within by releasing ourselves from the conditioning of society, religion, and family traditions.

This is how we heal the wounded ego from ‘the Breaker” and that is to let go of ego-clinging.

Goliath represented the spirit of the Antichrist at that time.

the Antichrist with the armies of the world

According to the mentioned Targum, Goliath calls David a lamb and himself a lion, and later on a bear. He then says that a lamb cannot overpower a lion, but David differs from him. The context is the appearance of Goliath against the armies of Saul (1 Sam 17). The victory of the lamb, David, over the lion and bear, Goliath, is praised in this poetic fragment (Du Rand 1995, 206; Laws 1988, 37). The use of the Aramaic tt for “lamb”, referring to David’s victory over Goliath according to the Tosefta-Targum, opens up new vistas. The son of David, the Messiah, is associated with the title Lamb in Revelation 5:5 and 22:16. Therefore, the comparison between David and Goliath could easily be paralleled to struggle between the Lamb and the Antichrist.

Goliath was a likeness of Antichrist. He was a representation of Satan. David called him an uncircumcised Philistine (1 Sam. 17:26, 36). Because Goliath was not in covenant with God, he was not under the Lord’s covenant protection. The Bible records the word twoedged (two-edged) sword four times. Ironically, David was the first person who made mention of the sword. He said, “Let the high praises of God be in their mouth, and a twoedged sword in their hand” (Ps. 149:6). How did David become aware that such a sword existed if he had never seen one before? Perhaps, based on this psalm, after David took Goliath’s sword as his own trophy, he made this style of sword the primary weapon for his swordsmen. In the Bible, the next person who referred to a two-edged sword was Solomon, David’s son. Solomon, the heir to his father’s throne, must have inherited Goliath’s sword (Prov. 5:4).

It’s the story of the hare and the tortoise, David and Goliath, and the victory of the humble and the meek, who shall inherit the earth. Part of the appeal of the film Chariots of Fire depicted just an alliance.

are warning signs of a David versus Goliath fight. Theirs is a battle with “the ultimate stage of capitalism versus its equally modernized negation.