A person, who is awakened to the Self, holds the realm of the Self in his hands. Only the one who has absolute awareness can awaken you to the awareness. Kundalini Yoga is a very calculated science. Yoga is a scientific approach to God-realization and is suitable for seekers of this current Era. The Kundalini can only be awakened by a Realized Soul , whose Kundalini has been awakened by an authorized soul

The raising of the Kundalini under the Ascended Masters’ tutelage is not a sudden burst of fire, but a gentle rising of strength and consciousness. The key to unlocking this energy of the Kundalini is adoration of the Mother Principle.

According to the Kundalini  Yoga, it takes twelve years of hard training to become capable and ready to lift this powerful inner force. However, it is true that one walking along the spiritual path can take giant steps forward only after the awakening of the Kundalini energy happens, so to fear this inner

Anyway, the Kundalini Yoga is primarily for the strongest that are determined to find the purpose of their own existence. If the nature loves you, it will provide you the way to reach what you are after. When your Karma is ready, the nature will start the process of awakening of Kundalini force on its own. There is nothing mystical about this; it is just a simple fact of how the nature works. When the Kundalini has been awaken and is in full power, you become a fire of a living knowledge, a user of incredible mental powers and driver of your own destiny.

Once the kundalini has been awakened it moves up through the sushumna channel in a process known as the lundalini rising’. As it does so it fills each of the chakras with energy, finally arriving at the crown chakra, sahasrara. This is experienced as an awesome total awakening and a realization of union with everything. This is considered to be the realization of the ‘true self’ or the discovery of the ‘god within’.

With regard to our own quest for understanding it is the last two of the Four Noble Truths that are important. In order to escape one must liberate oneself from attachment to physical reality. The illusion of the physical world, in all its manifestations, brings about desires and that these desires can never be fulfilled is the source of suffering. By realizing that all is an illusion created by the mind, nirodha, a person can become liberated from attachment. When this is achieved the person achieves the state known as nirvana, the extinguishing of all desires and attainment of enlightenment. When this happens they too become a Buddha. They escape from the cycle of birth and rebirth, known as samsara, a concept that Buddhist belief inherited from Hinduism.

Kundalini comprehend eternal law. But man has something in his soul, a something that will tear the veil apart that he may see the world of real things. We call this something spirit consciousness; it sleeps in every soul and cannot be awakened until the Holy Breath becomes a welcome guest. This Holy Breath knocks at the door of every soul, but cannot enter until the will of man throws wide the door.

The Holy Breath is obviously the Kundalini. When the is awakened, we develop the discretion that divides illusions from reality.

Siddha yoga is known as ‘the yoga of perfection’ and a siddha is one who has attained an advanced state of self-knowledge — one who can claim to be a ‘perfect master’. Muktananda’s message was clear and direct: God dwells within you. The key task is to raise Kundalini because ‘when the Kundalini has swept away all false impressions and misunderstandings we know our own divinity and we see God everywhere. The whole world is nothing but the play of our own self.’ is By definition, a siddha is a person whose Kundalini has been already awakened. The siddha is then able to awaken the Kundalini in his disciples, initiating the process of their own personal transformation. This, however, requires the all-important ‘grace’ of the guru, which is received through shaktipat.

A person, who is awakened to the Self, holds the realm of the Self in his hands. Only the one who has absolute awareness can awaken you to the awareness.

Kundalini Yoga is a very calculated science. Yoga is a scientific approach to God-realization and is suitable for seekers of this current Era.

In Kundalini yoga, the idea is to awaken the energy in the lower chakras, and transmute it into a finer. more subtle form that will, with persistence, explode in the brain in a sudden illumination, as the sexual orgasm does lower down.

Although the  Kundalini  Yoga and the Tantra have their differences, they both symbolize the latent power in humans in the shape of a sleeping goddess Kundalini  Shakti as incarnation in the human body, which possesses potential to bring the ultimate light or darkness to the spirit.

The goal of the Rasayana path was to produce an androgenous essence or elixir of immortality either within or outside of the yogi’s body and then circulate this purifying essence throughout the body. Such a substance was considered to be the essence and seed of the androgenous Kumara. It had the power to unite the polarity within the body, awaken the Kundalini, and eventually transmute one into an immortal Kumara. This it could do because the essence of the Kumara and the Kundalini are synonymous—both are manifestations of the androgenous, serpentine life force. The name of both begins with the K or Ku sound of the Serpent and each possesses a serpentine nature. The Kundalini is venerated as the androgenous, fire serpent and the Kumara is worshipped as the androgenous, seven-headed serpent Skanda (kan is the universal sound syllable of the Serpent). To produce the transformative essence, the Rasavacara (practitioner of Rasayana) united substances which reflected the nature of Shiva, the male principle and father of the Kumara, with those which carried the essence of Shakti, the female principle and mother of the divine Son. For example, those Yogis who created the immortal essence within their bodies observed celibacy to unite Shiva and Shakti as their male and female hormones. When a yogi’s gender specific hormones became strong enough, they would naturally attract those hormones of the opposite polarity and create a spark. This spark would then travel to the base of the spine and sympathetically awaken the Kundalini.66 To create the inner elixir by this approach could be a long process, however, and potentially require many years to accomplish. 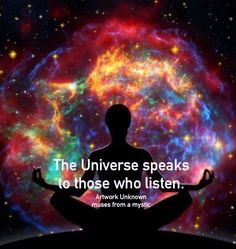