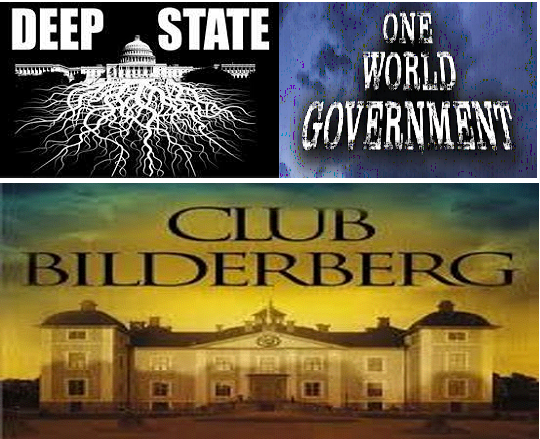 The Trilateral Commission, and the Council on Foreign Relations in a grand scheme of one-world government. The Federal Reserve System was created on December 23, 1913, WWI began on 28 July 1914. Now with all the mechanisms in place [Central bank, Income Tax] all that was needed was an excuse for the government to go into debt and low and behold in 1914 ‘World War One” began and after the US became involved in 1917 under circumstances that were gravely suspicious to say the least [Read the book by Colin Simpson “The Lusitania”], our national debt grew from one billion to 25 billion dollars overnight.

In 1912 Colonel Edward Mandell House. considered by many to be the most influential private citizen of the world and architect of the CFR, publishes a novel entitled “Philip Dru: Administrator,” The novel gives insight to the political philosophy of Colonel House. Published anonymously at first, Houses’ novel portrays the hero, Philip Dru, as Americas ruler, instituting new laws and programs, most notedly a graduated income tax, a central bank, and a league of nations.

Known in political circles as the maker of govenors and US senators, many believe it was Houses’ masterful! manipulations that put Woodrow Wilson in the Whitehouse. Woodrow Wilson was elected President in 1913, beating incumbent

According to Houses biographer Charles Seymour. House is seen as the unseen angel of the Federal Reserve Act and is believed by many to be the true leader of the Wilson Administration. Now with all the mechanisms in place [Central bank, Income Tax] all that was needed was an excuse for the government to go into debt and low and behold in 1914 ‘World War One” began and after the US became involved in 1917 under circumstances that were gravely suspicious to say the least [Read the book by Colin Simpson “The Lusitania”], our national debt grew from one billion to 25 billion dollars overnight.

On January 8, 1918 Wilson, before a joint session of Congress delivers his famous “Fourteen points:’ the fourteenth point was the proposal for a “General Association of Nations:’ which was to be the first step towards the goal of One World Government and led to the birth of the League of Nations.

Wow, the actions of the Wilson administration sure resemble the key points of the novel by Edward Mandell House does it not ? Are you aware that the United Nations in New York is built upon land donated by the Council on Foreign Relations “insider”, the Rockefeller family?

This secret society is the ILLUMINATI which formed on may 1st 1776 right before the signing of the Declaration of lndependence.lt started in the town of lngolstadt which is upper barvaria by jesuit taught Adam Weishaupt. ln america the illuminati go by the name Council on Foreign Relations. the illuminati is one of the most powerful secret societies in the world.Their mail goal is to CONTROL the world and it’s people through a ONE WORLD GOVERNMENT where they are in FULL-control.

World War I was to be fought to enable the Illuminati to destroy Czarism in Russia. After the war ended, Communism was to be built up and used to destroy other governments and weaken religionz. In the U.S., immediately after WWI, the Illuminati set up what they called the Council on Foreign Relations (CFR).

This CFR is actually the Illuminati now operating in the U.S. Its hierarchy are descendants of the original Illuminati even though many have changed their names to conceal this fact. There’s a similar establishment of the Illuminati in England, called the Royal Institute of International Affairs (RIIA) There are also Illuminati organizationz in France, Germany, and other nationz operating under different names.

The Trilateral Commission, and the Council on Foreign Relations in a grand scheme of one-world government.

THE FEDERAL RESERVE The same founders who formed the CFR that started the TC also formed the Federal Reserve. The privileged who created the CFR and TC acquire funds for their plans through illegal taxation and fraudulent debt creation. Using Federal taxes and maintaining debt, the people of the United States are forced to fund these privileged of the CFR and TC in their totalitarian plans of creating New World Order.

The creation of privately owned central banks such as the Bank of England, Bank of France and Bank of Germany is the modus operandi of the globalist agenda.

Today central banks exist around the globe and are part of one central banking system. Thomas Jefferson once wrote: “[The privately owned, central] Bank of the United States is one of the most deadly hostility existing, against the principles and form of our Constitution… An institution like this, penetrating by its branches every part of the Union, acting by command and in phalanx, may, in a critical moment, upset the government. I deem no government safe, which is under the vassalage of any self-constituted authorities, or any other authority than that of the nation, or its regular functionaries.

What an obstruction could not this bank of the United States, with all its branch banks, be in time of war! It might dictate to us the peace we should accept, or withdraw its aids. Ought we then to give further growth to an institution so powerful, so hostile?” —[Thomas Jefferson to Albert Gallatin, 1803. ME 10:437]

The institution of a central bank controlled by a consor-tium of private international bankers is the transfer of authority from the government into the hand of a private financial corporation. To adequately explain this transfer, lets look at the birthing of the Federal Reserve Bank.

You’ll notice that the money and influence that brought forth this tragedy is the same core of banking and corporate interna-tionals that birthed the Council on Foreign Relations.

The people of these United States didn’t perceive that the United, States was to be lowered to the position of using coolie countries whom have nothing but raw material and supply the man power. International bankers, and international industrialists acting together controls the United States, a super state, to enslave the world for their own pleasure. The wealth of these United States and the working capital have been taken away from them and has either been locked in the vaults of certain banks and the great corporations or exported to foreign countries for the benefit of the foreign customers of these banks and corporations. The warehouses and coal yards and grain elevators are full, but these are padlocked, and the great banks and corporations hold the keys. Many of the original TC members are still in positions of power. These individuals are capable to put into practice the TCs’ recommendations under the TC’s supervision.

In Kissinger on the Couch (1975) authors Phyllis Schlafly and former CFR member Chester Ward state: “Once the ruling members of the CFR have decided that the US Government should adopt a particular policy, the very substantial research facilities of the CFR are put to work to develop arguments, intellectual and emotional, to support the new policy, and to confound and discredit, intellectually and politically, any opposition. . . ” Chester Ward, the CFR’s goal is the “submergence of US sovereignty and national independence into an all-powerful one-world government. .. This lust to surrender the sovereignty and independence of the United States is pervasive throughout most of the membership. . . In the entire CFR lexicon, there is no term of revulsion carrying a meaning so deep as ‘America First.'”

Knights of the Roundtable

The secretive roundtable groups as mentioned by Professor Quigley have their birth from the original roundtable group of Cecil Rhodes [1853-1902]. Rhodes formed the original round table group whose desire was a global British Empire, an invisioned empire so great and in his own words, “as to hereafter render wars impossible and promote the interests of humanity”. Of course his plan was for an Anglo-Saxon elitist rule with the rest of the world subservient to this ruling class. The Council on Foreign Relations evolved from the political gene pool of the Rhodes roundtable. Rhodes and prominent journalist William T. Stead (1840-1912) established the core of this secret roundtable society in 1891.