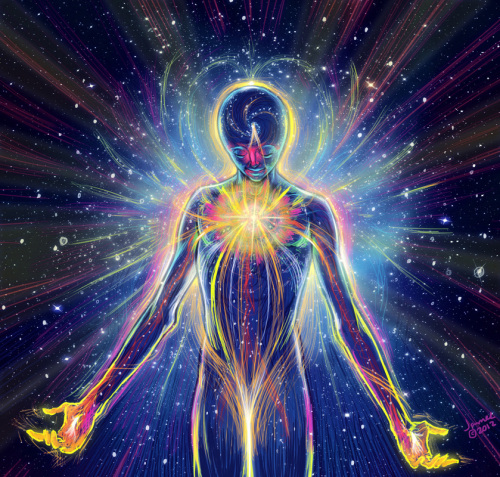 Question What is the immorta] seed, how does one produce
it and know whether or not it is mature?

Answer When the generative force rises to unite with
(essential) nature, the (white) light of vitality manifests;
it is like moonlight and its fullness is equivalent to one half
of a whole. When vitality descends to unite with (eternal) life,
the golden light will manifest; it is a reddish yellow and its
fullness is equivalent to the other half. The union of these
two lights will produce that whole which is the immortal
seed.

After the ‘spiritual gem* has returned to its source (in
the lower abdomen) a pointed concentration on it will, in
time, cause a golden light to appear in the white light between
the eyebrows. This is the embryo of the immortal seed
produced by the union of the generative force, vitality and
spirit into one whole. When the body is full of it within,
light will manifest without. These white and golden lights
are like the positive and negative ends of an electric wire;
and the union of generative force, vitality and spirit is
like the current without which there is no light. In the
same way if the two lights have not mingled within there
will be no illumination without. Their union is caused by
having mingled the five (vital) breaths (see below) into one
vitality to nurture the immortal seed in the lower abdomen.
Without the intermingling of these five breaths the golden
light will not manifest.

When the training causes all five vital breaths to return
to the source (under the navel), vitality becomes active
there and circulates (in the body) rising from the base of the
backbone to the top of the head and reflecting the silvery
light of the (spinal) marrow; it then drops to the throat and
the viscera increasing its brightness like a full moon shining
in the heart. If the element of fire is strong in the heart
it will scorch the blood; so the practiser should avoid exces¬
sive talking and thinking to rest his heart. This restfulness
will invigorate spirit and body, for spirit withers in distur¬
bance and thrives in stillness; it develops in (unlimited)
voidness and weakens in (obstructive) form.

Question What are the six states which show that the
immortal seed is complete?

1 The golden light in the eyes reveals the light of (essential)
nature which illumines the lower tan t’ien (under the
navel), and will in time become golden to show the fullness
of the luminous generative force, vitality and spirit.

2 The dragon’s hum shows the fullness of vitality in the
generative force. When vitality fills the tiny channels of the
nervous (and psychic) systems, it produces indistinct sounds.

3 The tiger’s roar is the sound of fully developed vitality
which is active.

4 The audible vibration at the back of the head reveals
the strength of fire in the generative force, vitality and spirit:
it differs from the wrong type of fire which causes buzzing
in the ears.

5 The blazing fire in the lower tan t’ien cavity (under the
navel) which scorches the kidneys, comes from the fullness
of the generative force and vitality from which it arises;
carelessness on the part of the practiser may cause nocturnal
emission of the ‘precious thing’ for there is danger when
fuel is so close to a fire.

6 As to the retractile genital organ, it shrinks back like
that of a baby in the mother’s womb, which comes out when
he cries at birth. Before it retracts, that is when the training
is not yet completely successful, fire should not be stopped.

Thus the six signs reveal the appropriate moment to stop
fire (by no longer regulating the breathing), which is the
first thing to do at this stage.

‘At the first manifestation of
positive light, you should immediately provide yourself
with the four necessities (for advanced training). When it
manifests for the second time, you should at once stop the
fire to produce the macrocosmic alchemical agent. When it
manifests for the third time, you should immediately gather
the macrocosmic agent to achieve the breakthrough in
order to transmute vitality into spirit thereby leaping over
the worldly to the saintly state, and so leaving the state of
serenity to appear in countless transformation bodies.’
The final achievement is made possible by the breakthrough
as the main step.

Thus after passing through the three gates in the back-bone
the true seed is now absorbed to achieve the alchemical goal.

Answer After having gathered the macrocosmic alchemical
agent and circulated it through the three gates of the back¬
bone, all psychic centres (and channels) are cleared of
obstructions so that the two vitalities (of nature and life)
which have now developed fully, can move freely by them¬
selves, ascending and descending endlessly; this is how the
two vitalities help spirit produce the (immortal) foetus.

As time passes, they will circulate of themselves without
the practiser being aware of it; this is how to produce the
foetal spirit.

After a long time, while this mindless circulation con¬
tinues, the practiser should concentrate his eyes on the
lower tan t’ien centre (beneath the navel). Ten months
later the circulation of the two vitalities (of nature and life)
will become so subtle that only a feeble vibration is felt in
the region of the navel which seems to be empty.

The above are the four stages of serenity, the sequence of
which is: (a) thoughtlessness (nien chu), (b) breathlessness
(hsi chu), (c) pulselessness (mo chu) and (d) extinction
(unmindfulness) of worldly existence (mieh chin).

Question You have said that when the foetal breath ascends
to the middle tan t’ien (in the solar plexus), it will be
enveloped by the prenatal vitality there and will become
the immortal foetus; and that foetal vitality manifests
before the practiser’s eyes, as the light of vitality. How then
can worldly things and demonic visions .manifest in that
light of vitality?

Answer When the immortal foetus is nurtured in the middle
tan t’ien, the heart is like a lotus leaf which cannot be

FORMATION OF THE IMMORTAL FOETUS

wetted by water; so the practiser (who has achieved this
stage) is at ease, free, comfortable and unconcerned about
anything. When the immortal foetus is fully developed,
its vitality will manifest before his eyes. Spirit which is
now wholly positive can develop vitality with its six trans¬
cendental powers and achieves: 1, the stoppage of all drain
(of generative and vital forces); 2, divine sight; 3, divine
hearing; 4, knowledge of past lives; 5, understanding of
other minds; and 6, the divine mirror.

Previously when the student began his practice, he had
succeeded in stopping the drain of generative force; it is
only now that he realises the other five spiritual powers
which enable him (a) to see things in heaven, (b) to hear
celestial sounds and voices, (c) to know all causes sown in
past lives, and (d) to read the minds of others and predict
the future, except for (e) the divine mirror which will
remain tied to consciousness if he does not know how to
free his heart (the seat of the fire of passion) from worldly
attachments.

If the heavenly gate (miao men or aperture of Brahma
at the top of the head) is not open, the positive spirit will
not come out (of the body) and the practiser will remain
a stupid man; this is because he has not met a competent
master.

‘Gather the
five vitalities and return them to the source (the upper tan
t’ien in the brain) where the union of (positive and negative)
vitalities will produce the immortal foetus.’

Figure is The Jive elements

When the five (vital) breaths converge in the head, the
golden light appears and unites with the fight of vitality
which has manifested after the intermingling of the three
essential compounds (i.e. the generative force, vitality and
spirit). This is the union of the true positive and negative
principles from which the immortal foetus emerges to take
shape.

‘When spirit soars up to
the top of the head after breaking through its original
cavity (between and behind the eyes), do not give rise to
fear and awe; be bold and concentrate on the sole thought
of getting out through the heavenly gate (in the top of the
skull). Then close your eyes, turn them down and lift
them gently as if to jump up; you will feel as if coming
out of a dream and will see another body beside your own.’
When positive spirit leaves the body it will stop about three
to four feet away. If you see and hear something, do not let
your heart (the seat of nature) be drawn to it, and pay no
attention to visions of parents, relatives, friends, wife and
children, or to other states; do not recognise them and avoid
being influenced by them; do not cling to anything but
stay unperturbed, cutting off all feelings and passions,
with only the single thought of dwelling in the state of serenity
while refusing to see and hear anything.

Shortly after dwelling in this serenity a golden light will
emerge from the body like a large wheel, manifesting in
front of the practiser who should drive the light of his
spiritual nature in front of it, and imagine that the golden
light shrinks into a small circle about one inch in diameter,
like a gold coin.

‘When the
positive spirit comes out for the first time, it is still very weak.
If the light of vitality is to congeal and stop scattering away,
it should be well nurtured so that it will gain in strength
and become boundless. When the gold light manifests it
should merge in the light of vitality; this is the union of true
negative and positive lights into a single one with the holy
foetus in the centre. This (spiritual body which has come out
of the) holy foetus should be sucked back at once, which
means subjecting it to the exercise of going out and returning.
At the start it is inclined to waver and should be turned
back to be controlled during the exercise so that it becomes
stable. Hence the saying: “It should be stilled again and
again” so that it grows and develops naturally.’