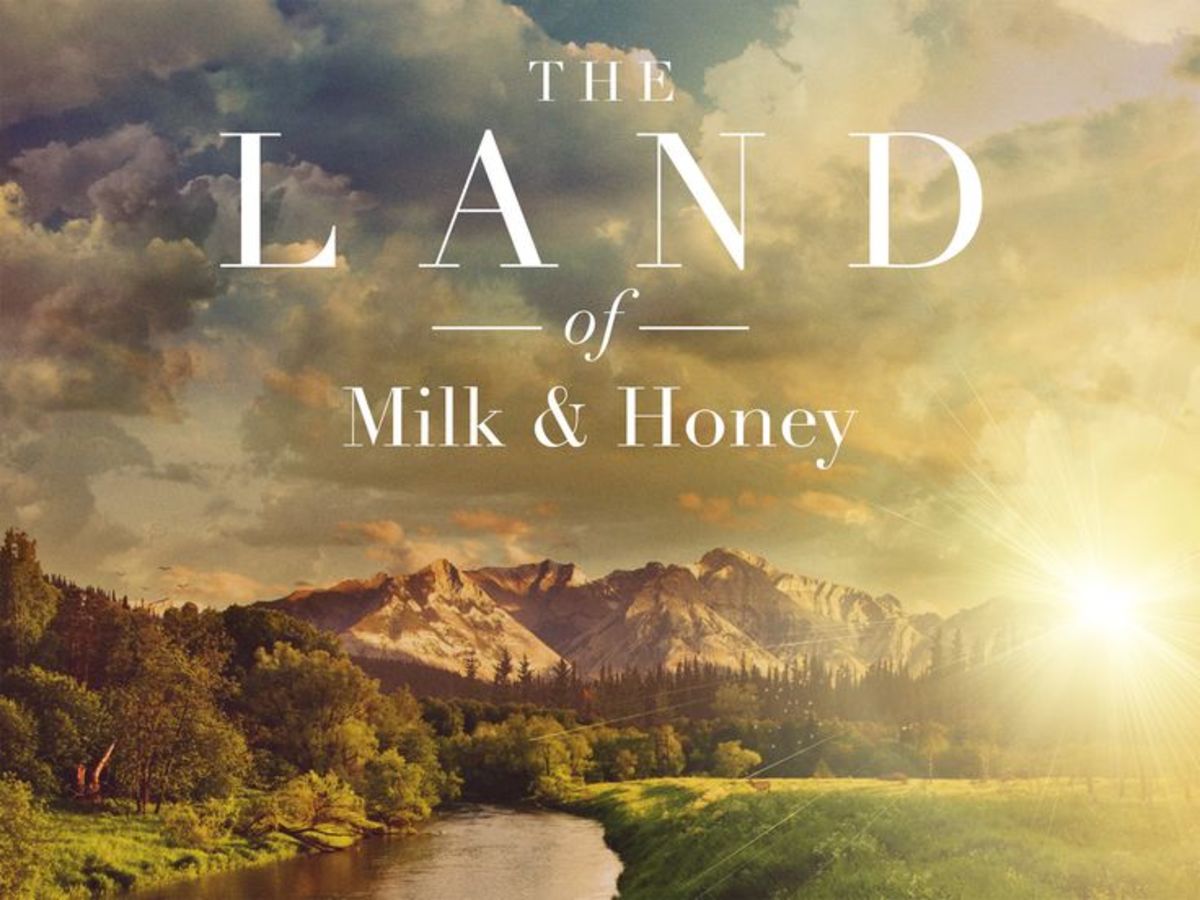 Kundalini – When the two fluids meet, there is a flash of light so bright that the third eye (“Star of Bethlehem”) opens. Then, the two fluids, known as the land of Milk and Honey in Biblical terms, begin to flow down the pancreatic nerve (the holy river Jordan) to the third energy center (navel chakra), which is known as the manger, where Christ consciousness is born within you. This potent state of consciousness illumines your entire body. This light energy is lifted to the top of the head, where you unite with God (“I and the Father are one”).

This eighth lotus has the brightness of millions of suns. It is the chief location of the god Niranjan. The yogi who has opened this lotus would enjoy the happiness experienced in Samadhi. There is a lotus above the 1,000-petalled Sahasrara chakra, and it is the ninth and greatest lotus with countless petals. It is pure, and it is the region of Sat Punish, resplendent with the light of countless suns. The yogi, who can pierce the eighth lotus with the arrow of consciousness, can rise to this ninth lotus.

Kundalini is the coiled up, dormant, cosmic power that underlies all organic and inorganic matter within us. With various Yoga practices when it is awakened and made to reach the acme or Sahasrara the perfect Samadhi ensues. Its rising to the acme point symbolises its coalesing with its chosen Lord which makes one achieve almost perfection with the opening of about 1000 petalled lotus flower, cellua Sahasrara in the head.

It is claimed that the aspirant who reaches this stage attains immortality with no feat remaining unachievable for him. During meditation when such an aspirant starts beholding divine visions, smiling divine, fragrance, hearing divine immortal “Anhad” (created by not any external effect) sound and feels as though he perceives a direct communion with the Divine, all these symptoms indicate his awakened Kundalini.

When the Kundalini power is awakened various supernatural faculties may be acquired, such as clairvoyance, telepathy, knowledge of past and future, ability to read other people’s thoughts, as well as many occult powers, depending upon the Chakra one is meditating on. The aspirant, however, does not stop at this, for although he posses all these occult powers, he brushes them aside, aspiring to the highest degree of knowledge : the realisation of the supreme -self, the ultimate truth.

Once the aspirant has achieved the ability to direct the Kundalini by the power of concentration to the seventh Chakra, the Sahasrara (the seat of pure consciousness), and has united himself be it, he has attained the true goal of meditation; the state of superconsciousness or Samadhi. It is the stage of confluence of the supreme Lord Shiv and his source of energy : Shakti.

Sahasrara means “thousandfold.” The thousand-petaled lotus above your head, it is the center of divine union, integration, and spiritual enlightenment. In this chakra the primordial OM sound, the source of all mantras, splits into 50 mantric units the 50 letters of the Sanskrit alphabet, in 20 different strengths, which forms a thousand-petaled lotus-1,000 light radiances.

When Shakti (kundalini) unites permanently with Shiva in this seventh chakra, you become a perfected liberated soul, dwelling in eternal bliss, possessing all powers.

Pathway of Kundalini Usually kundalini is asleep, coiled near the tailbone. As kundalini wakes up and moves up the spine, it pierces through six of the seven major chakras: root, pelvic, navel, heart, throat, and brow chakra.

Finally kundalini reaches the crown chakra, which is outside sushumna nadi, above the skull. Sushumna is usually closed at its lower end in a nadi center called kanda mula (root bulb), which lies just below the root chakra, below the coccyx (tailbone). In most people, no prana ever passes through sushumna, and kundalini remains dormant. Some ways to activate kundalini are meditation, devotion, worship, willpower, discernment, knowledge, breathing exercises, and body purification. Any manifestation of spiritual gifts or supernormal powers indicates kundalini is awake to some degree. In India, kundalini is personified as the Divine Mother: Shakti Ma, Kali Ma, or other goddesses. She is the feminine power at the base of the spine, which travels up the spine to unite with the masculine power, her consort, Lord Shiva (Shakta), in the crown chakra.

This union of opposites is a powerful symbol depicted in all cultures. Shakti is the link to higher awareness and the eternal source of bliss. As she ascends from the base of the spine, she becomes subtler. During her homeward journey, she removes the veils of illusion, which evaporate like a mirage. As she rises up sushumna, mental limitations are gradually removed so consciousness can shine in its pristine glory. Mental fluctuations settle down and the mind becomes serene. Awareness flows smoothly and the mind becomes a vehicle for bliss and happiness. As she ascends, Shakti energy kindles spiritual awakening,

freedom, and wisdom. The rising kundalini opens the chakras and awakens dormant supernormal powers. When she finally reaches sahasrara chakra (thousand-petaled lotus), then the goal of yoga—divine union—is achieved, and limits of time, space, and causation are transcended. Swami Harinanda, author of Yoga and the Portal, states that meditation and pranayama can awaken the vital force, kundalini Shakti, at the base chakra. Kundalini moves up through sushumna nadi when you neutralize the polarizing effects of ida and pingala nadis. When Shakti reaches the head, it stimulates the pineal and pituitary glands to secrete hormones. The pineal secretes a white, milky fluid, and the pituitary secretes a yellowish, creamy fluid.

When the two fluids meet, there is a flash of light so bright that the third eye (“Star of Bethlehem”) opens. Then, the two fluids, known as the land of Milk and Honey in Biblical terms, begin to flow down the pancreatic nerve (the holy river Jordan) to the third energy center (navel chakra), which is known as the manger, where Christ consciousness is born within you. This potent state of consciousness illumines your entire body. This light energy is lifted to the top of the head, where you unite with God (“I and the Father are one”).

“Man’s body, unique among all creatures, possesses spiritual cerebrospinal centers of divine consciousness in which the descended Spirit is templed. These are known to the yogis, and to Saint John—who described them in Revelation as the seven seals, and as seven stars and seven churches, with their seven angels and seven golden candlesticks. When one is baptized by immersion in the light of Spirit, the microcosmic spiritual eye in the body may be seen in its relation to the light of descending Spirit as the Cosmic Trinity.” He continues, “The seven centers are divinely planned exits or “trap doors” through which the soul has descended into the body and through which it must reascend by a process of meditation. By seven successive steps, the soul escapes into Cosmic Consciousness.”

“The light of the body is the eye: if therefore thine eye be single, thy whole body shall be full of light.”

Try to realize that you are no more ordinary human beings. You have crossed the bondage and now you are not even in the Sahasrara. You are beyond it. Sahasrara is the limbic area and this limbic area is closed like a lotus. When you get your Kundalini entering into it, then this lotus opens…. These petals are nothing but nerves which are en-lightened and they look like flames. But these flames are not with any heat…. They are extremely cooling, soothing, beautifully burning.

So when this Sahasrara lotus opens, then the Kundalini pierces through your fontanel and you get your Realization. This is what has happened to you. Now the only thing is to keep this lotus open and there where we fail sometimes because still there are some lingering human feelings within us.

Sahasrara is the most beautiful part of your being. It is a big lotus with one thousand petals of different colours appearing like inflated flames…. Can you think of a flower pouring its colour and its fragrance around…?