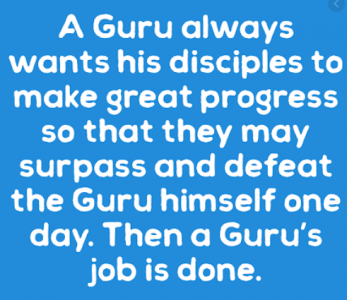 Kundalini is one of the most discussed, but least understood, forms of divine energy. So what is it, really? Where there’s mastery . there’s no mystery. Kundalini development is the primary goal of creation, not the brain development. Kundalini bestows supernatural power

Kundalini is one of the most discussed, but least understood, forms of divine energy. So what is it, really?

The only way to say it is this: you feel called. You feel summoned by a sacred and watching power, one that knows your true soul. There is something important you are here on this planet to do, and this light will help you discover and accomplish it.

“Where there’s mastery . there’s no mystery .”

Kundalini energy is real. It is powerful, and it’s flowing through your body right now. It feeds your entire nervous system. For centuries, knowledge about it was kept secret because of its tremendous power.

“Wherever there was any manifestatio of what is ordinarily called supernaturi power or wisdom, there a little current of kundalini must have found its way into the shushmana. Only, in the vast majority of such cases. people had ignorantly stumbled on some practice which set free a minute portion of the coiled up kundalini. All worship. consciously or unconsciously, leads to this end “

If you were able to fully draw on your kundalini, the life force that lies within, what might you do? Well, you could lasso the stars and pull them to earth, plant your dreams in the soil and grow love, laugh into the wind, and heal the world. You could write your name in the water, author your life, and sing with the Divine. At some level, kundalini has already been accomplishing all this and more for you. You’ve already been exercising its enchantment to become the great person you are.

As mysterious as its name and as magical as its origin, kundalini has been pulsing in your body since you were conceived, performing tasks as basic as igniting the electricity in your cells and as elusive as attracting others to you. Kundalini is a god energy, and as such, it nourishes your uniqueness and upholds your sacred vocation.

Since it originates from the Divine Source, it also interconnects you with all living beings, as well as with the Divine itself. Because of these connections, to tap into your kundalini is to open the channel to your intuition, to begin to hear the messages in the wind, to receive revelations colored with inspiration, and to know the unknowable. In short, kundalini allows you to be you—and encourages others to be them-selves. Shall we see why the ancients taught about this power since time began?

Why teachers, gurus, and saints across time and around the world have utilized it? Why even science is now validating its existence? Then let’s open the door and step across the threshold. Let’s embrace this divine energy and enjoy a truly divine life.

Brilliance in Your Body

What is this masterful, brilliant energy called kundalini? In Sanskrit, kundalini means “life energy.” Known as the serpent energy in Hinduism, the first culture known to have labeled this mysterious force, kundalini is the natural divine energy inside of you. Your kundalini is the reforce of your body that, when fully acti-vated, leads to living as an enlightened sage.

Etymologically, the word kundalini can be broken into the fol-lowing Sanskrit roots, each of which sheds more light on what exactly this divine energy really is:

kundalin = coiled, spiraled (from the word kundalam, which means “ring” or “coil”)

di = can mean “little pot of earth” or “a single cell” and its alternative root:

do = to give or “the bestower”

lini = perpetual consciousness expressing in alpha and omega, or beginning and end

The sum total of these phrases adds richness to our understanding of kundalini. We could, based on these root words, now define kundalini as “the coiled earth energy that begins in a single cell and, when blessed by the Bestower, gifts us with consciousness.” In Sanskrit, a language in which every noun is accorded a gender, the word is feminine.

This connection easily leads to the idea of kundalini as the feminine principle of creation, the life-giving properties within our physical bodies that lead to higher consciousness.’ Our kundalini is the yin, or divine feminine, to our yang, or divine masculine. It’s the receiving to the giving, the intui-tive behind the logic, the contentment within the striving, and the sensual within the sexual. It’s what gives us life and now sustains it, linking us with the fertile, emotional, and prosperous sources of divine energy.

Kundalini compels us to feel and dance, bond and create, attract and merge. Then, when kundalini—this pulsing, cre-ative, feminine power within each of us—joins with our male spirit quality, it sparks unity within ourselves as well as with the Divine.

Though known by different names to different groups, kundali-ni is always the same force. It is the organic catalyst necessary to unify our body, mind, and soul. It is the divine light that invites poetry into our lives. It is the secret to living this human life as divine beings.

It is the divine liquid fire that rushes up through the interior of spine known as Sushumana and crosses through the seven/six Chakras one by one. Ida, Pingla and Sushumana is the three main Nadis in our subtle body. Without the awakening of Kundalini no subtle or Samadhi experience is possible. Generally, dormant Kundalini Shakti in Muladhara is spontaneously awakened with the grace of God.

Kundalini working requires the same neuronal energy that is required for brain or mind working. That neuronal energy is stimulated by prana energy or prana shakti that is generalized energy of whole body. So both are propelled by same fuel that’s why both are interconnected. But the main objective of creation is providing ultimate status to the organism.

This is done by kundalini. It means that kundalini development is the primary goal of creation, not the brain development. Brain development is there itself unwillingly. It’s a after effect and even becomes a side effect if utilized in a negative way. Many old civilizations understood this fact very well and kept main focus on Kundalini in the form of various spiritual practices.

It’s not called mindlessness because the consciousness of the mind never ends, it only becomes incoherent, that is, it falls asleep. At that time, there is darkness in the place of conscious mind. It is just like when a man is asleep, then his consciousness disappears, but it is still doing all the work that keeps the body alive.

After enlightenment, Kundalini with higher consciousness is constantly dominating in the mind, which we call samadhi. It can be called the closest stage of complete awakening of Kundalini. Between these two opposite ends most of the organisms are there. The bulb of his Kundalini consciousness sometimes burns, sometimes slows down, sometimes extinguishes.